There is no denying the probability that the overwhelming emotional response for Les Miserables is probably because we had been or are, at the moment, all Valjeans, Eponines, and Fantines. The musical’s classic tunes of shattered dreams, unrequited love, and nationalism has been elevated to mainstream knowledge, even reaping awards from the industry recently.

The movie came to Manila weeks after its Christmas day release. Teaser trailers already moved people to tears, and the anticipation for this film was huge for me that I went to see it on the first day of screening right after I logged off from work 🙂  I was trying to prevent myself from crying for the first half of the movie, and a sadness remained in my chest even after it was over.

I join the rest of the world’s unanimous praise for Hugh Jackman and Anne Hathaway’s moving performances. In my mind, I was thinking, “THAT’s how others should do it.” This is one of those rare moments when you feel that the actors had disappeared and became the characters themselves, the indelible faces you will remember from now on because they nailed the nuances of what you had imagined them to be like in the musical and in the novel. Jackman and Hathaway had succeeded in two levels: they not just immortalized/embodied the dramatic requirements, but they also surpassed the vocal expectations of a sung-through movie. This film pioneered live singing, and surely this benchmark will be a tough standard to follow. The intensity of heartbreak and despair in song was so real, their vulnerability so palpable I wanted to reach out and hug them 😥

This new song created by Claude-Michel Schonberg & Alain Boublil was so beautiful. They made a very good decision in adding this song to make the story complete. Jean Valjean and Cosette learned how to see beyond the suffering they experienced because they had each other, loved each other. The best thing about a musical becoming a film is that you get an intimate view of the actors, an experience you can never have when you watch it on a stage. All facial expressions are seen; the anguish of Fantine’s state, to the tender gaze of father to adoptive daughter in this song, the ache and the longing in Eponine for Marius, the romantic high of Marius towards Cosette. Award-winning director Tom Hooper magnified this intimacy by using extreme close-ups and rule of thirds in the shots of the featured character. Many critics felt awkward with this style, but well, that’s the point. Detachment can be instilled by a wide proximity, so by being uncomfortably close to someone else will one be forced to FEEL something. It’s an emotional trap, there’s no escaping it till you move farther away from them (which you obviously can’t until the movie is over, heehee).

To recap, the best scenes/songs for the first half of the movie are:

Kudos also to Sacha Baron Cohen and Helena Bonham-Carter for the comic relief of “Master of the House”. Why are they always marvelous in playing crazy characters? And yes, the unbelievably tiny waistline of Samantha Barks was distracting me as she was singing in the rain. Her polished, West End-trained voice was clear and strong, but when it cracked with emotion at the last line “I love him,” my heart broke along with her. The pretty men (Enjolras & Marius) were okay. As for the weak aspects of the film, I had hoped that the orchestration were made louder. They sounded a bit muted to probably highlight the vocals of the cast so I didn’t feel the surround-sound effect that could have swept my heart away. I had huge expectations for Amanda Seyfried and Russel Crowe, but they just didn’t give the vocal edginess. They both had the range, but compared to the depth of others, they needed much soul and fire. In any case, even if some aspects like the acting, or sound editing, or cinematography fell short of expectations, the whole movie will have a huge impact nonetheless. The songs will linger even after you go home, and you will never forget how forgiving ourselves should be the first step to healing, that “To love another person is to see the face of God,” that it is never too late for redemption or reform and make up for the mistakes we had made, or that a revolution to fight against oppression is possible.

I’ve seen it twice and I still got affected the second time around 😀 Don’t miss it! 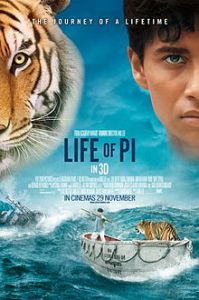 Doubt is useful, it keeps faith a living thing. After all, you cannot know the strength of your faith until it is tested.

For the religious, it is a journey of spiritual awakening and enlightenment. For others, it is a survival story. For me, these two aspects are inextricable from each other.

The film is visually magnificent in every aspect (beautiful isn’t enough to describe it). Every element in the scenes in the middle of the ocean is vivid in color and movement I was silently oooh-ing and aaah-ing. Having a ferocious tiger for a companion certainly beats talking to a volleyball named Wilson! It’s worth watching in 3D and proof of that is my body involuntarily ducking when the flying fish started heading towards the screen. Wahahahaha. On a more serious note, I got convinced that I will meet God at the end of the story. Don’t all survival stories have those mystical, external elements that push you to the edge but help you endure and call out to a higher being for a miracle? He was the terrible storm, He was deep in the eyes of Richard Parker, He was hope in the midst of the tragedy, He was gratitude in Pi’s heart. For me, He was omnipresent in Pi’s journey to safety and spiritual affirmations. It is a simple explanation, even mantra for the complicated situations the protagonist was in.

Props to Ang Lee and to everyone who made this astounding film. I’ve yet to read the novel, and I’ve been warned that the scenes on the sea were too long. Speaking of which, viewers should be warned that watching in 3D might induce dizziness and seasickness. The shots were THAT good. 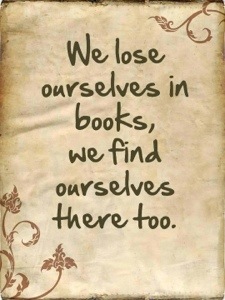 I only know thirteen of the lands. How about you? I better catch up then!

The WordPress.com stats helper monkeys prepared a 2012 annual report for this blog.